Differences And Similarities Between The French And British Versions Of U3A

The University of the Third Age or the U3A is an international movement, which means that it has a presence in a lot of countries worldwide.

However, the U3A is not standardized which is why the U3A in each country can change or adapt to the requirements. This might be a good or bad thing and it mainly depends on the way you look at it. However, one thing that everyone can agree upon is that the U3A has a lot of advantage.

The main aim of the U3A is to allow the retired community to come together and learn new things and that is something that is important.

One thing that everyone needs to understand about the University of the Third Age is that it is not a real university. There are no exams or semesters that you need to worry about and you are free to learn whatever you like.

The U3A does not have students, instead it has members who pay an annual membership fee. There are a number of courses that are offered and the members are free to study whatever they choose, there is no one stopping them.

For the most part, both the French and British model of the U3A strive to serve the same purpose.

However, they approach to fulfill their purpose in different ways, some of the aims and principles are common.

Both the French and British believe that a person should learn just for the sake of learning, not to earn some kind of qualifications or certificate.

However, there still are some major differences between the two. 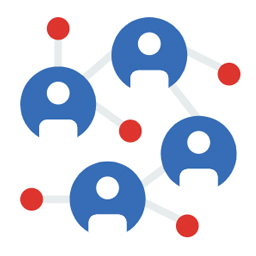 This means that if a U3A wants to become a member of the UFUTA.

As far as the French model of the U3A is concerned, the word “University” in University of the third age points towards a link with the high institutions such as a university.

This means that if a U3A wants to become a member of the UFUTA, it must be a department of a university or be affiliated to a higher education institution.

This is not the case when you talk about the British version of the U3A. Here the term “university” simply means people coming together to learn and share new things.

The U3A does not have to have any link or affiliation with a university or any other high education institute.

In Britain, the U3A activities usually take place in community centers or the homes of the members. The British model is also used in New Zealand, Australia and the United States of America.

The French model can also be described as a top down model. The British version also follows a bottom up methodology.

In the French version of the U3A, the link between the U3A and other higher education systems is also visible through the promotion of research and pedagogy.

The French model can also be described as a top down model. This is because the scientific research is carried out by experts to decide the best programs for the elderly. Some might think that this is a good approach, others not so much.

If you think about it, there are very few elderly citizens who are able to muster any kind of interest in research. The British version also follows a bottom up methodology. According to this method, the programs that are offered to the members are decided by the members according to their taste.

The programs are put to a vote and the ones that get the most votes are finalized.

These were some key comparisons between the British and French versions of the University of the Third Age. Depending on where you are from you might either side with the French or British versions? Both of these versions might have some advantages and disadvantages but both of them have a common purpose and aim.

The U3A is perfect for senior citizens who are willing to keep themselves engaged in learning new things and becoming part of different activities. In the U3A, the members are free to study whatever they like. There are many courses that are offered and there is always something that might interest you.

The U3A is helping a lot of people and it is still just the beginning.
The third age signifies an individual's later part of life, normally when they retire.
The U3A does not have students, instead it has members who pay an annual membership fee.
To become a member of the U3A, the person should be retired and not be doing any part time job.
University of the Third Age is commonly abbreviated as U3A.
U3A has a lot of benefits and that is why it has taken the world by storm.